“Despite a trying year, the Baton Rouge Area continued its unprecedented streak of job growth in 2016, extending to 72 months of year-over-year expansion,” said Adam Knapp, president and CEO of BRAC. “Today, we are releasing our 2017 strategic plan that pushes forward our five-year initiative for a stronger, more competitive Baton Rouge Area. In 2017, we will push aggressively for transportation solutions from the state during its fiscal legislative session, while continuing to seek economic development gains and job growth across the nine parishes.”

BRAC will focus on five flagship tactics in 2017, identified as having the most potential to further the goals of its five-year strategic plan.

Additional notable outcomes from 2016 include:

The full 2017 strategic plan may be downloaded here.

The Baton Rouge Area Chamber (BRAC) leads economic development in the nine-parish Baton Rouge Area, working to grow jobs and wealth and to improve the business climate and competitiveness in the region. Today, BRAC investors include more than 1,500 small businesses, mid-sized firms, large industry and entrepreneurial startups, as well as individuals and organizations that support business and economic development. In this capacity, BRAC serves as the voice of the business community, providing knowledge, access, services and advocacy. More information is available at brac.org. 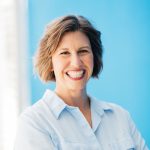