Louisiana’s reliance on statutorily dedicated funds means that when state revenue falls short, higher education and healthcare take the hit. BRAC has always paid keen attention to the impact of budgetary bills on higher education and healthcare, because both are so integral to our region’s economic competitiveness. The state budget shortfall did result in a reduction to the overall financing for higher education by $22.7 million for next year. The legislature’s adjournment at the end of June also resulted in dedication of funding for many Capital Region projects through the Capital Outlay bill.

The $22.7 million cut to higher education is nothing small and underscores the continued need to prioritize education funding in the state. While making overall cuts, the legislature did include some specific one-time higher education funding this year for several programs aimed at improving education outcomes. The Capital Region’s higher education institutions saw LSU Agricultural Center and Penington Biomedical Research receive $4.25 and $2.5 million, respectively. The Southern University System and SU Agriculture received $1.2 and $1.05 million as well. The state also put $1 million to both START (Louisiana’s Student Tuition Assistance & Revenue Trust) enhancements and STEM (Science, Technology, Engineering, and Math) Initiatives. The cuts to higher education are concerning; money going to institutions and programs provide hope that education will be a priority.

The other key money bill to pay attention to is Capital Outlay, easily the most visible way money from the state provides funds. Capital Outlay is used for improving roads, drainage, parks, community buildings, and other public infrastructure.  Capital Outlay is split up into five levels of priority, with the fifth level being highly unlikely to see funding in the fiscal year. At just the two highest priority levels, the Capital Region received over $152 million in funding for projects.

Capital Outlay funds appear as bonding authority, cash, and non-cash lines of credit. Added bonding authority (the primary way to finance public projects) is $152.9 million for Capital Region projects this year. New bonding authority totaled just over $12 million, and almost $481.9 million was made available for use to receive non-cash lines of credit (which can be accessed for future projects). It is important to note many of the projects are not going to be complete this year or even next, but funding is available. In addition to these mechanisms, the Capital Region will have $122 million in cash funding available for projects.

One of the largest additions this year was a $9 million dollar addition to the East Baton Parish Flood Risk Reduction Project. The $9 million is split between $4 million in bonding authority and $5 million in cash. This will be a huge asset in addressing the parish’s drainage issues. A few other projects saw non-cash move to cash bonding authority:

LSU and Southern both received some addition money as well:

The Capital Region needs to continue to work closely with our legislative delegation and local leaders to identify and continue to fund capital projects to improve quality of life in the region. It is crucial every year that the region gets its fair share of funding from the state to help ensure the Baton Rouge Area grows and prospers. 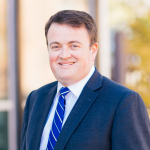