“These candidates will move our region forward on the big issues,” said Ric Kearny, FuturePAC’s Chairman of the Board. “Louisiana’s economy, and the quality of life for its citizens, relies on effective leadership from the state capitol. The candidates FuturePAC supports have committed to policies that will help our region grow its economy, and attract and retain top tier talent.”

The full list of candidates who have received FuturePAC’s endorsement is below:

FuturePAC, a political action committee affiliated with BRAC, actively supports candidates and issues that promote economic development and improve the business climate in the Capital Region. More information is available at www.futurepac.biz. 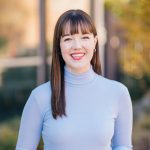