On September 12, Baton Rouge had a bit of a wakeup call. Tom Murphy, Urban Land Institute fellow and former mayor of Pittsburgh, had some candid feedback on Baton Rouge’s struggle to become the city we all want it to be, and some advice on how to get it right. When Murphy was in Pittsburgh, he was the architect behind a truly dramatic transformation, from an economically depressed city with a population leaving in droves to a millennial magnet that was recently named the most livable city in the country.

To do this, Murphy emphasized that cities and their leadership have to be three things; intentional, innovative and ambitious.

For any city to transform itself, it has to know what it’s transforming to. Murphy knew that to provide the kind of quality of life residents wanted and to attract the kind of talent that Pittsburgh needed, it had to create an attractive, walkable city with a distinctive sense of character and a diverse economy. This kind of vibrancy required, among other things, turning the city’s many blighted industrial zones from liabilities to assets. Using a series of strategic partnerships, Murphy and his team transformed more than 1,000 acres of blighted, abandoned industrial properties into new commercial, residential, retail and public areas. More than 25 miles of new riverfront trails and urban green space were developed under his watch, thanks to Murphy’s commitment to a new Pittsburgh.

These accomplishments required new thinking and new tools. Developing the way Pittsburgh had always developed – the easy way – would have brought them the same results it always had. Murphy and other city leaders recognized this, and recognized the city couldn’t be successful repeating its mistakes. In response, Murphy partnered with universities to unleash the commercialization opportunities in their research, and fully committed to a redevelopment organization with dozens of staff who were sophisticated dealmakers. They also used tools like Tax Increment Financing (TIF) to attract important economic driver companies and build quality of life amenities without raising taxes. Working with the universities and other economic asset drivers soon resulted in an innovative, robust economy rising from the ashes of Pittsburgh’s abandoned steel mills. Here in Baton Rouge, we’re on the brink of letting our Redevelopment Authority, the RDA, collapse due to lack of support.

Accomplishing all of this wasn’t easy. Murphy himself admitted that his aggressive actions and unfamiliar thinking won him more enemies than friends at first. Steel unions couldn’t see a place for themselves in Pittsburgh’s new economy, some city leaders were uncomfortable with aggressive redevelopment efforts when the budget was in trouble, and business owners outside the city didn’t see why they should invest in a city they saw as in decline. But Murphy’s ability to articulate a new vision for Pittsburgh, his willingness to be creative in partnerships and funding tools, and his determination to make Pittsburgh a better place allowed him to overcome this initial skepticism. Then, after a few years of work, the results started speaking for themselves.

We can do this in Baton Rouge and the Capital Region. But we’ve accepted mediocrity, we’ve accepted “good enough,” and we’ve tried to get new results with old thinking for far too long. We’re underutilizing our assets, and we’re losing our young people to cities who create more and better opportunities for them to work and live. It’s time, as Murphy said, to stop making excuses, stop letting those who say no dictate the agenda, and to realize that we “support the future by reaching for the future,” rather than passively waiting for someone else to shape our community. 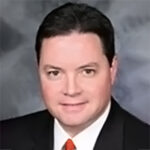 Tim Johnson serves as Chair of BRAC’s Quality of Place Workgroup. He is the Founder and President of The TJC Group, a Baton Rouge based consulting firm specializing in Public Affairs, Governmental Relations, Association Management, and Performance Improvement. Tim is also the host of the Louisiana Business and Industry Show on both television and radio.