On April 30, the COVID-19 Consortium for Understanding the Public’s Policy Preferences Across States released the results of their 50-state survey, with responses broken down by state. The results from Louisiana show that residents are more supportive of restrictive actions taken by state government than the national average, likely due to the high number of per capita cases and deaths attributed to the pandemic. Some other key takeaways:

In addition to this statewide poll, BRAC has been surveying its investors across the nine-parish Capital Region. Some notable data from that survey include:

The poll and survey data illustrate that both individuals and businesses have experienced major disruptions that present issues looking forward. One in three businesses has let people go, while one in five residents have lost a job. As the state and region enter Phase One of reopening, governmental officials and community leaders must make tough choices as to how to restart the economy – who has experienced the greatest negative impact, who is most at risk, and how can they be helped? Using data as a guidepost – the type found in these surveys, or in BRAC’s weekly economic indicator dashboard, available at brac.org/recovery – is a strong way to ensure the recovery efforts align with the needs of the community. 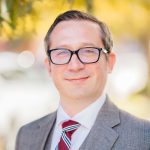