“One of the features that ITEP recognizes is contract workers….  I want to bring that into the conversation, particularly for economic development professionals and some of the people that work in this arena.  That that is a feature.  It is recognized.  And it is important.  And at LED, we’re gonna need to convey that to the board.”  — LED Secretary Don Pierson, meeting of the State Board of Commerce and Industry, Dec. 12, 2017 (1:25:46 – 1:14:02)

To read a recent feature story in The Advocate regarding the Industrial Tax Exemption Program (ITEP), one might reasonably come away with the impression that the Baton Rouge region is hemorrhaging manufacturing jobs, and that the property tax incentive itself is actually partly to blame.  Reviewing decades-old exemption filings that very well might not tell the entire story of a company’s accurate employment levels, The Advocate claims that “the total number of jobs lost outpaced the number of jobs created” at the companies who utilized the incentive.

How can this possibly be the case?  As The Advocate explains: “The biggest problem: By giving manufacturers a strong financial incentive to modernize, the program often effectively pays Louisiana’s largest corporations to cut staffing” – a surprising bit of editorialized speculation presented as a statement of fact, but supported only by the opinion of various left-leaning “experts” cited in the story.

The real story of manufacturing employment in the Capital Region, based on actual numbers, is far different than the article describes.

Over the last decade, according to EMSI, the number of manufacturing jobs in the Capital Area has grown by more than 10 percent. Compare that to the performance of the manufacturing sector across the nation, which cut 11 percent of its workforce in the same period. Indeed, over the last five years, our region’s annual job growth in manufacturing has outpaced the nation’s by about 3:1.

Nonetheless, political advocacy groups opposed to ITEP label it a flaw that the amount of annual abatements granted in Louisiana has doubled between 2006 and 2017. That half-story leaves out two salient points: 1) over that period, more than 4,000 specialty trade contractor jobs have been created in the Baton Rouge Area’s manufacturing sector and 2) the decried $35 million rise in annual abatements has generated $450 million in annual payroll to those 4,000-plus contractors – workers who themselves pay taxes.

Despite the importance of contractor jobs emphasized by the state’s economic development secretary, in comments (quoted above) made prior to this publication by The Advocate, the article on the whole discounts not only the quantity but also the quality of contractor jobs.  In fact, on average, those specialty trade contractors make $99,577 annually working at Capital Area manufacturing facilities, and their high wages injected into the local economy are just another way that ITEP contributes to local economic vitality. Those arguing that because these workers have an employer of record (like Turner Industries, which employs about 10,000 people in the region, with benefits) that is not the same company as the ITEP applicant somehow means they are not “real jobs,” or that it somehow discredits the use of ITEP, should consider this: no matter what logo appears on these contractors’ shirts, these are good-paying jobs, and the payroll used to employ them still comes from the ITEP applicant.

BRAC agrees with Gov. John Bel Edwards, who is quoted in the article saying that it’s “essential for companies receiving the tax exemption to be held accountable for creating jobs.”  Just as importantly, as opposed to the article’s opinion-stated-as-fact that plant modernizations pay companies to “cut staffing,” we agree with the view of modernization offered by the Governor:

“Often, we score a major victory by convincing a manufacturer to keep its production going and its doors open by modernizing those plants and mills.  Saving quality jobs that are the lifeblood of a local economy can be more important than creating lower-paid, less-skilled jobs.  And it’s a far better alternative than losing jobs.”

ITEP has helped manufacturing to flourish in the Capital Region – through job retention and job creation. We would do well to think twice, and make sure we have all the facts, before we undercut the lifeblood of our economy. 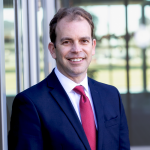 As Executive Vice President, Michael oversees the execution of BRAC’s strategic plan as well as management of the organization’s operations and administration.