In responding to the pandemic, the federal government passed trillions of dollars of legislation, which included a combined $660 billion for a small business program called the Paycheck Protection Program (PPP). This program gives low-interest loans to businesses with fewer than 500 employees through national and local lenders. In addition, if a certain amount of the loan is used for payroll, and job count numbers are not cut (or are reinstated to pre-COVID levels), the loan is forgivable. But while PPP has assisted millions of businesses throughout the country, there is evidence that Black-owned businesses have been disproportionately left out due to a number of structural issues with the program.

Based on a survey conducted in early May, only 12% of minority business owners had received the amount of aid applied for, while another 26% received a fraction of what was requested. Half of respondents believed they would have to close within six months. While there are a number or reasons for this disparity, one of the biggest issues is a lack of relationships between minority owned businesses and traditional lenders.

According to a Goldman Sachs survey of 1,700 small business owners, 91% of White-owned firms applied for funding, while just 79% of Black-owned firms applied. Data shows that Black-owned businesses tend to have closer relationships with community development financial institutions (CDFIs) than traditional lenders in many cases. These CDFIs were allocated $10 billion in the second round of PPP funding, directing, but also limiting, what could be loaned. Based on how much funding is still available in the PPP currently, as well as data showing so many minority-owned businesses face closure in the next few months, it’s critical to connect these businesses to traditional lenders that will facilitate access to PPP funding.

No Black-owned business in Baton Rouge should go out of business for lack of access to this financial lifeline. As part of our pledge to work toward an equitable recovery, BRAC will connect Black-owned businesses to banking or credit union partners to assist them with their application for a forgivable PPP loan. Contact us at info@brac.org. 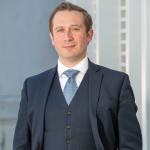